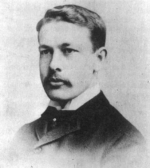 THE year is 1892, and in a small ward of the Memorial Hospital in New York City, a male patient lies dying. He has a large sarcoma (a type of cancerous tumour) that originated on his right arm, and been feverish for 12 hours. His fever isn’t due to the cancer though – it’s a result of an infection his physician gave him. The physician’s name is William B. Coley, and he recently administered an injection of ‘Coley’s toxins’, a potent mix of bacterial toxins that may cure the man of his cancer, but equally may also kill him.

William Coley had for some time observed that his patients experienced a regression in their cancer as a result of infection with a bacterial pathogen. Indeed, Coley had read publications that supported this observation, most notably with sarcoma patients suffering from erysipelas infection – an acute skin infection caused by Streptococcus bacteria. Based on these observations Coley engaged in a system of treatment that would have modern day ethics committees in apoplexy – he set about deliberately inducing erysipelas in his cancer patients.

There was no guarantee that erysipelas would take hold, or that it wouldn’t actually kill the patient. However, by all accounts Coley achieved some definitive results that led to him to further develop his treatment. He set upon the idea of killing the Streptococcus by heat-treatment, and collecting the bacterial extract to inject into the patient – an approach akin to early forms of vaccination – however, the results weren’t so impressive. It wasn’t until he combined the extract of his heat-killed Streptococcus with extract of another heat-killed bacteria, Serratia marcescans (another common cause of wound infections) that he noted reproducible clinical successes. This toxic brew of bacteria extracts was called ‘Coley’s toxins’.